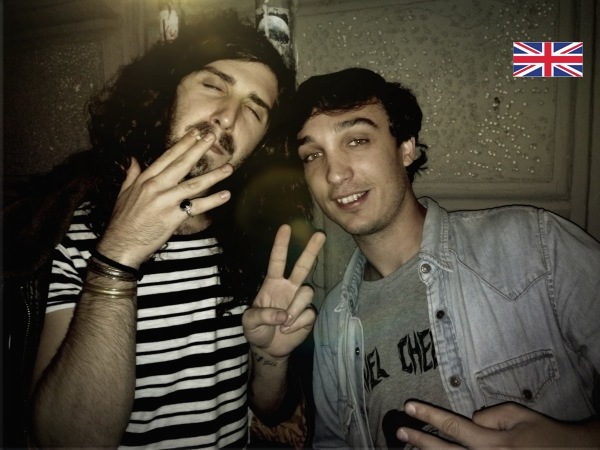 On a late Thursday evening, when the last beer was about to be drank, I stepped, somewhere in Florence alleys, on Luca Landi and Fabio Ricciolo from Go!Zilla. This interview, or if you prefer, this chat, is the result of our accidental encounter.

When we went to Prato to interview Andrea from Hope Custom Lab, we noticed your signature among the other’s on the wall’s guestbook. What do you think about Hope’s material?

I did the signature, but Fabio’s one would have probably been better, he’s the draftsman of the band! However, we make a good team together with Hope. Mattia, the other guitarist, even tested the guitar built by Andrea. I must say it’s very cool.

Just like Andrea, you were raised and you started to play music in the suburbs. What are the pros and cons of playing music there instead of in a big city?

Probably you appreciate more every single opportunity you find. When you play far from your hometown and you find an audience who’s there just because of your music, you are truly glad. I am sure that a band grown up in a big city finds this less rewarding. The con is that you have to sweat your ass off if you want to become famous. Usually people don’t go crazy for a suburb’s band. They don’t “trust” you on sight.

Fabio, how did you get to know Luca?

Luca used to play with another drummer, in a duo, then they just split up. I wasn’t very busy at the time, so Luca asked me to rehearse and play music together, since he had arranged some concerts abroad. It started for fun, then it became a serious thing.

You are produced from two independent labels, Black Kandy Records (ITA) and Beast Records (FRA). What would you do in front of a proposal from a big label? Would you give up a bit of your freedom of artistic expression in exchange for a bigger fame?

Yesterday I was reading a Growlers‘ interview, and they were very sorry for having refused a production from Dan Auerbach. I’ll tell you the truth, as long as we can preserve our style at the cost of accepting some compromises, why should we refuse such an opportunity? I think it’s productive to put your ego aside and trust in someone who’s got experience and something to teach you. After all, even just trying to introduce your own music to new, maybe uninterested, people, is itself a compromise. It’s all about understanding whether the proposal comes from someone who’s reliable or not, who really believes in you and it’s willing to make a good job. 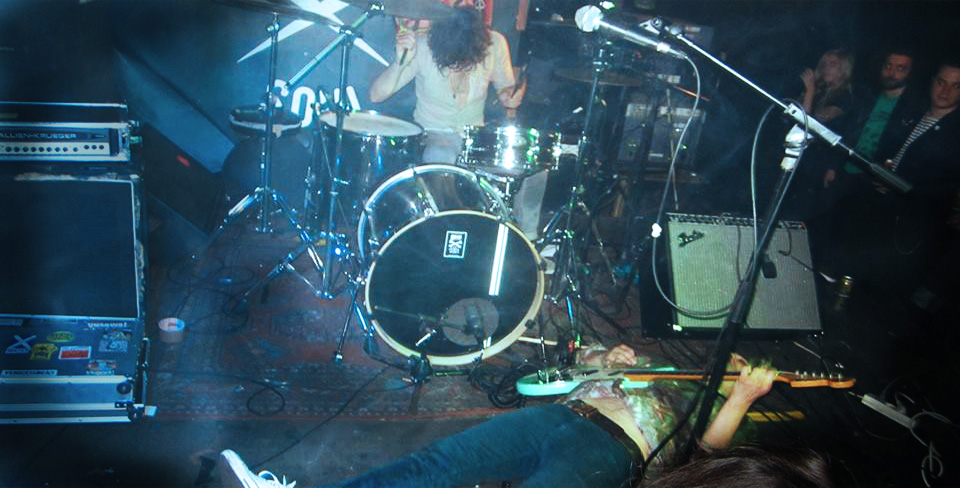 Can you scrape out a living with your own music?

Every month it’s a different story. In summer, we went touring in Mexico and it was a great experience, but we didn’t earn much money. Other times, it was better. It depends. Playing in a band it’s like running your own business. The more you work, the more you earn.

A band’s vitality it’s closely connected to its activity. If you work on the promotional side, you surely have more chances to make some money. You got to be smart and know how to invest your earnings. Anyway, beside the band, we both have a job.

How did you get to plan a tour in Mexico?

A guy shared our music on a blog, and then the Marvin Festival contacted us. It was three am when I read the mail: “Would you like to play in Mexico?” I answered “Yes”. And then we went: it was a great experience from all the points of view. They sponsored us greatly, in magazines such as Vice. After our shows there was people asking autographs or pictures together. A proof that after all, fame doesn’t exist. Things that I will never forget.

The only downside was the sixteen-hours travel!

Would you give us an anticipation about your new work?

The showing will be on the 11th of April, at the Tender, in Florence. It will come out for both of the labels, but we’re planning to bring our music in the UK.

An advice for an emerging band?

Try to offer something new to the audience, and don’t emulate other bands. There’s room for everyone as long as you’ve got the numbers; whether you are in Italy, in America or in France. It’s all about finding your own space.

Thanks to Francesco Bozzi and Umberto Bertocci.